A Red-Hot Tale from the Nation’s Capital

I took my first test with Family Tree in 2006. This test showed my mtDNA as L3e2b2 and it went like this:

I could not believe the East Asian part, and I shrugged it off and thought—that has to be Native American.

So, fast forward—I took another test with Ancestry.com. This was autosomal and showed:

How can you be UNKNOWN?

Neither of these tests really breaks down what country your people may have originated from. So then I tried 23&me, their autosomal offering.

and the leftovers were .7 EAST ASIAN & NATIVE (although the NA box did not turn red)

I knew from family history that NA was on both sides of my fence. I also was aware that I had four of the traits Melungeon people have. I have the ridge in the back of my head that you can lay your finger in; I have ridges on the teeth and I can make the clicking sound on the shovel teeth; I have the Asian eyefold, and the very high arches. Can’t get my foot inside of a boot and if I do, I can’t get it off.  I was amazed that I got my results in less than two weeks!

Finally, I tried DNA Consultants. Its test was the very first that didn’t show “UNKNOWN” or non-specific. Everything was accounted for, although I did find a few shocks. No one told me about Sephardic Jews or the Portuguese. At last, a test verified my Native roots with valid matches to tribes or nations and confirmed Native American autosomal markers—from both parents, as I had been told.

I got into Native culture back in 1983 when I started to go to powwows. I finally felt at home. I enjoyed seeing people that looked like me, mixed. My great-great-great grandmother was listed on the FREE NEGRO LIST where it asked How Freed? And it was written BORN FREE. Then came a description— a light-skinned black, with long straight black hair and a small scar on her hand. Below is a picture of her daughter, Alethea Preston Pinn. Alethea’s father was a white man named Allen Preston. Alethea had seven children with James E. Colvin, who was white, and all of their children were put on Walter Plecker’s list of “mongrels” not allowed to vote or go to school. That was 1943. Not that long ago.

So, I got a second cousin to take the test with 23&me who comes directly from Sarah Pinn (the alleged light-skinned black woman). My cousin’s haplogroup came in A2N – Native American.

I love it when these geneticists and genealogists out there decide what you do or do not have in your family tree, especially the Indian part of the tree.  As if this just could not have happened . . . .  I am proud of all of it.  I can just about hang up a flag from everywhere.

I can’t praise the DNA Fingerprint Plus enough and wish I’d known about it years ago. I really appreciate all of the knowledge and insight Dr. Yates has about genealogy and history that I was totally unaware of. I actually spoke to him on the phone at length and he truly made my day. I highly recommend DNA Consultants’ service to people who are looking for the truth about their genealogy.

And speaking of spicy mixtures, check out my hot sauces at Sun Pony. They’ve got secret, all-natural ingredients just like the family! 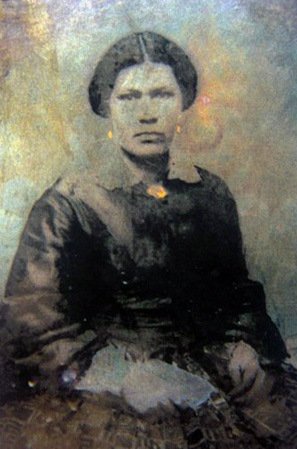 Alethea Preston Pinn, my great-great-grandmother on my paternal side. 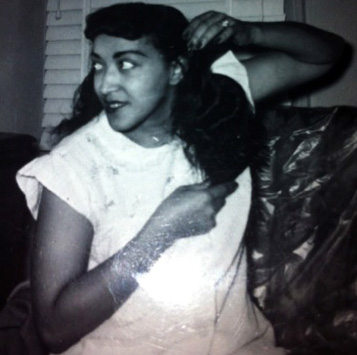 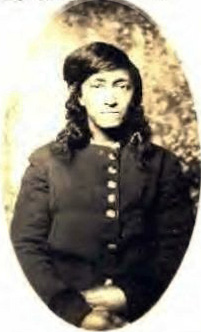 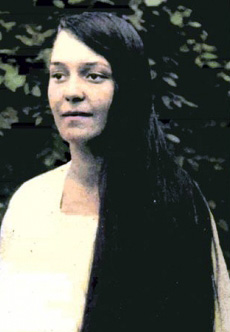 Elizabeth Colvin, a granddaughter of Alethea Preston Pinn. “Contrary to the belief and convictions of many people, long hair really does exist in my family,” says Monica Sanowar. “It isn’t a made-up fantasy and this was long before hairweaves.  My cousin’s hair was down to her calves.”

Guest blog author Monica Sanowar is the founder of Sun Pony Distributors Inc., makers of a line of all-natural, wholesome condiments and energy supplements found in stores up and down the East Coast. Her first hot sauce was Yellow Thunder and her Native name is Sundancer. SunPony’s D.C. Redbone Hot Sauce is the official hot sauce of the Anacostia Indians, D.C.’s little known indigenous people, who were first recorded by Capt. John Smith in 1608.  Sanowar lives in Washington, D.C., not far from the Anacostia’s village site, now a national historical landmark. Watch grassdancer Rusty Gillette in a video about D.C. Redbone.