Through their ancestral patterns dance.

We’ve been saying it all along but it looks as though geneticists may be forced by new findings in ancient DNA to admit that early Siberian people and present-day Native Americans both have strong roots in Europe, only secondarily in Asia. The nuclear genetic bomb was dropped by Danish geneticist Eske Willerslev at a conference on “First Americans Archeology,” held October 16-19, 2013, at Santa Fe, N.M. The city that gave birth to the original atom bomb hosted a glittering roster of speakers in a venue better known for its turquoise jewelry, fry bread and avante garde art, including big draws Achilli, Adovasio, Dillehay, Gonzalez and Schurr.

The paradigm-shifting conference program will be commemorated with a book Paleoamerican Odyssey ($56) to be published by Texas A&M Press later this year. 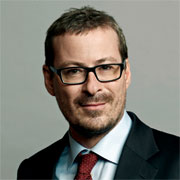 Leaked reports in the news media focused on Willerslev’s paper, “Genetics as a Means for Understanding Early Peopling of the Americas,” which concerned the genetic sequencing of two ancient Siberians’ bones discovered in the 1920s and now in the Hermitage Museum in St Petersburg. Analysis of a bone in one of the arms of a boy found near the village of Mal’ta close to Lake Baikal yielded the oldest complete genome of a modern human sequenced to date.

Of the 24,000 year-old skeleton that was Exhibit A, Willerslev was quoted in The Siberian Times, as saying, “His DNA shows close ties to those of today’s Native Americans. Yet he apparently descended not from East Asians, but from people who had lived in Europe or western Asia.” He added, “The finding suggests that about a third of the ancestry of today’s Native Americans can be traced to ‘western Eurasia.'”

The 4-year-old boy, who died 24,000 years ago in a homeland previously assumed to account for all the Indians who crossed a theoretical Bering land-bridge and founded the First Americans, had a male Y-chromosomal haplogroup of R1b, the most common lineage in modern Europe, and a female mitochondrial lineage of U, the dominant prototype in pre-historic Europe. As it happens, I am the same combination, R1b for male and U for female, as are innumerable others in our in-house study on Cherokee DNA, published, lo, some five years ago.

Whereas previous “peopling of the Americas” stuff has clung to and recycled haplogroup studies (sex-lines), the new shock research relies on autosomal DNA, total genomic contributions from all ancestral lines, not just male-only, not just female-only descent. The title of a blog from Eurogenes rightly emphasizes this:  “Surprising aDNA [autosomal] results from Paleolithic Siberia (including Y DNA R).”

When we introduced the 18-Marker Ethnic Panel as an enhancement for our main autosomal product, DNA Fingerprint Plus, lo, again, these five years now and counting, we presented a map of prehistoric human migrations showing without any equivocation that “Native Americans,” even as Cavalli-Sforza demonstrated two decades ago, were closer in genetic distance to Europeans than Asians. In fact, we claimed, on the basis of autosomal DNA, that having Native American I or Native American II was a result discrete and separate from East Asian, since Native Americans obtained frequencies of its occurrence as high as 80% and Asians were on the polar opposite of the scale, at the bottom for carrying it. Other methods frequently confused Native American and East Asian to the point of invalidity, particularly those products claiming to arrive at racial or ethnic percentages.

The moral is that autosomal DNA trumps Y chromosome and mitochondrial evidence, and only ancient autosomal DNA can truly explain modern DNA. Even one of the most antipathetic students of American Indian DNA, Theodore G. Schurr, seems to rethinking the rigid definitions that have built careers and won tenure for geneticists and anthropologists for decades. For the fanatics who have been toeing the party line on haplogroup Q, as set down by Schurr’s company, Family Tree DNA, and its followers, we note the following statement of recantation or at least qualification, taken from the Santa Fe program:

“Tracing Human Movements across Siberia and into the Americas: New

In this paper, I present genetic data from native Siberian and indigenous

populations of North America that help to address questions

about the process and timing of the peopling of the Americas. These

populations are genetically distinct from one another, as well as each

to Amerindian groups, and that the formation of these circumarctic

populations was the result of two population expansions that occurred

after the initial expansion of settlement of the Americas. Our high-resolution

analysis of Y chromosome haplogroup Q has also reshaped the

organization of this lineage, making connections between New World

and Old World populations more apparent and demonstrating that

The data also make clear that Y-chromosomal diversity among the

these results greatly enhance our understanding of the peopling of

Siberia and the Americas from both mtDNA and Y-chromosome

“Genetic genealogy” has become a fashionable buzzword, but to my knowledge few research studies or blogs and hardly any commercial tests authentically combine the two concepts. According to genealogy, I myself am about one-quarter Choctaw-Cherokee and three-quarters European. But genetics says my mitochondrial line (U2e) is Eurasian, even though I have traced it to a Cherokee woman who married the Indian trader Enoch Jordan about 1790 in north Georgia.  Estimates from other “genetic genealogy” companies for my Native American ancestry, and I’ve taken them all, range from 0% (23&me) to 8% (Family Tree DNA, AncestryByDNA).

DNA Consultants, the company I founded in 2003, does not give percentages of ancestry by policy, but half my top matches in our autosomal analysis are Native American, and North Asian/Siberian is No. 1 in my megapopulation result, followed by Central Asian and Native American (and only distantly by Northern European). On an autosomal approach, if not haplogroup basis, my genes are Native American, which is how I self-identify. If I were to be pulled over for being a brown person in the state of Arizona, where I currently reside, and Sheriff Joe ran my DNA profile numbers through the system he would find that I am 15 times more likely to be North Asian than Northern European, and twice as likely to be American Indian than East Asian, European American or Iberian American (Hispanic).

Read the whole analysis of my personal genetics, with actual reports from various companies, in the Cherokee Results pages on the DNA Consultants website. You may also find an extended study showing what autosomal DNA can do at:

If and when geneticists get serious about identifying the European sources of the American Indian gene pool, and hopefully they will round up not just one suspect (Denmark?), I would like for those who get paid and promoted to study us to please consider the following points:

—Stephen C. Jett, who taught geography at The Ohio State University 1963-1964 and then at the University of California, Davis, serving thrice as Geography chair and becoming emeritus in 2000, current editor of Pre-Columbiana, has frequently pointed out that just because Native American haplogroups match Siberian haplogroups doesn’t mean the population of either Native America or Siberia was the same in remote history as today. He considered this a big fallacy of Big Science.

—Constantine Rafinesque, whose History of the American Indians was the first and most comprehensive treatment of the subject, believed all the early settlers of the Americas came “through the Atlantic,” and only beginning about 1000 BCE did the Iztacans and Oguzians (Central Asian Turkic peoples) arrive. See our blog:  American Indian and Turkic People Share Deep Ancestry (June 6, 2012).

—Canadian environmentalist Farley Mowat, the author of thirty-seven books, has constantly challenged the conventional knowledge that Vikings were the first Europeans to reach North America. In The Farfarers he describes the Alban people of Old Europe as visitors and colonists from the time when walrus hunters discovered the sea routes to the West before the Bronze Age. America’s original name of the White (or Beautiful) Land is mentioned by Rafinesque and in Hindu, Greek, Egyptian, Mesopotamian, Arabic, Algonquian Indian, Irish, Norse and Chinese accounts.  See “An Interview with Farley Mowat” on YouTube.

—Cyclone Covey of Wake Forest University, among other historians, has noted that Clovis Culture appears fully formed without any antecedents in America, with the most perfect examples of Clovis points traced in a cline of occurence in archeological sites to the Atlantic Coast.

—The earliest Americans clearly practiced the same Mother Goddess religion elaborately documented in the east Mediterranean and Old Europe by Marija Gimbutas. Their ideas of matriarchy or gylany (in Riana Eisler’s coinage) did not come from Asia. See Archeologist of the Goddess (webpage) and “Syncretism, Not Animism” (PPT), a presentation given at the Sandy, Utah conference, March 29, 2011.

—When customers of DNA Consultants with various degrees of Native American admixture have their European population matches analyzed, a frequent top result is Finland or Finno-Ugric or Uralic. This “false match” could be explained by shared ancestry between the present-day Finns (where U is the modal haplogroup) and ancestors of Native Americans coming from Europe. Consider taking the EURO DNA test ($99).

—John L. Sorenson and Carl L. Johannessen in World Trade and Biological Exchanges before 1492 (2009) document several plants that originated in the Eastern Hemisphere (not Asia) and traveled early by human hand to the Americas. For instance, Cannabis sativa (marijuana) moved from Western Asia or Europe to Peru by 100 CE, and mugwort (Artemisia vulgaris) was brought to Mexico from across the Atlantic Ocean by 1500 BCE. Both grow in profusion in Europe and temperate parts of Central Asia. Goosefoot (an important Ohio Valley Moundbuilder staple), cotton, coconuts, bananas, turmeric and North American myrtle likely took the same route. In the opposite direction, Mexican agave spread to the Mediterranean world by 300 BCE.

Archeologists described the recent news from Santa Fe as jaw-dropping. We expect that when the definitive report on the Siberian boy’s 24,000 year-old genome appears in the journal Nature, where it is at press, their hair may fall out. At any rate, the European origins of Indians is going to be a game changer not only in genetics, but anthropology, archeology, government and, perhaps most significantly, in the self-awareness of millions of Americans who count Native Americans among their ancestors.