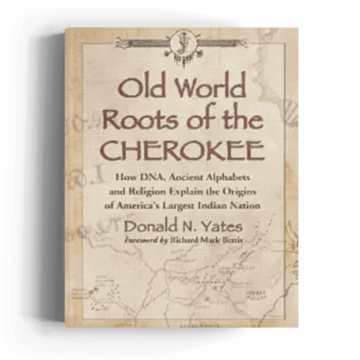 Old World Roots of the Cherokee

By Donald N. Yates with a Foreword by Richard Mack Bettis

Most histories of the Cherokee nation focus on its encounters with Europeans, its conflicts with the U. S. government and its expulsion from its lands during the Trail of Tears. This work, however, traces the origins of the Cherokee people to the third century B.C.E. and follows their migrations through the Americas to their homeland in the lower Appalachian Mountains. Using a combination of DNA analysis, historical research and classical philology, it uncovers the Jewish and Eastern Mediterranean ancestry of the Cherokee and reveals that they originally spoke Greek before adopting the Iroquoian language of their Haudenosaunee allies while the two nations dwelt together in the Ohio Valley.

Ten years in the making, this new history of the Cherokee Indians will make you rethink everything you thought you “knew” about them. Order your copy autographed by the author today!

“Donald Yates burst onto the scene clarifying Melungeons and went on to explain many more peoples and their history via pioneering researches in DNA. Oklahomans have long recognized the passion for excellence of gifted Cherokee. As an Oklahoman I fully acknowledge that tradition and as a North Carolinian have been dismayed that this state does not equally celebrate it, as inevitably it will. Yates’ momentous book surely will have numerous noteworthy successors. I certainly endorse his work, on which future progress in understanding America’s complex ethnic history heavily depends.” 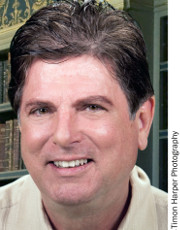 Donald N. Yates was born in Cedartown, Georgia, and is of one-fourth Cherokee-Choctaw descent. His book The Bear Went Over the Mountain is a classic history of Old Cherokee and pioneer families. He is co-author of When Scotland Was Jewish and Jews and Muslims in British Colonial America:  A Genealogical History (with Elizabeth Caldwell Hirschman). He lives in Colorado.

Richard Mack Bettis was born in Oklahoma near the Spiro Mounds Complex, one of the largest and most significant archeological sites in the Mississippi valley. Both his mother and father were one-quarter blood quantum Cherokees from Indian Territory. He earned a J.D. degree from Oklahoma City University Law School and has lived in Tulsa on the borderline of the former Cherokee Nation of Oklahoma since 1955. As an administrative lawyer he served as labor relations officer, EEO investigator for the Interior Department and member of the Oklahoma State Board of the U.S. Civil Rights Commission. The governor appointed Bettis one of the original members of the Oklahoma State Indian Historical Society. He was also elected member of the City-County Indian Affairs Commission. As a prominent voice in Indian cultural and legal affairs, Bettis has known many of the leaders of Cherokee government, including chiefs W. W. Keeler, Ross Swimmer and Wilma Mankiller. Bettis wrote the introduction to Charles C. Royce’s The Cherokee Nation of Indians and James Mooney’s Historical Sketch of the Cherokee, important Cherokee histories published in the Native American Library of the Smithsonian Institution under the editorial direction of Herman J. Viola of the National Anthropological Archives in 1975.