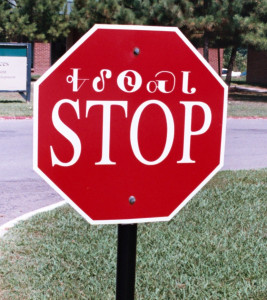 Becoming Indian by Circe Sturm appeared several years ago as a blue ribbon publication of The School for Advanced Research in Santa Fe, N.M. It is likely to be used and cited widely by schoolteachers, tribal educators and government workers. It replaces time-honored white papers like William Quinn’s, “The Southeast Syndrome: Notes on Indian Descendant Recruitment Organizations” (American Indian Quarterly 14/2 [1990]:147-54), or Virginia DeMarce, “Overview of Cherokee Groups and Federal Acknowledgements Process” (Unpublished MS, Office of Federal Acknowledgements, Bureau of Indian Affair, Department of Interior, Washington, D.C.—see bibliog., p. 238). This is now the bible for racist, exclusionary and delusional federal Indian tribe policy. It will be mined for years to come.

Sturm’s first neural blunder is to equate the people who irritate the Cherokee Nation of Oklahoma with a type of “white people” who “wannabe” Indian. The subtitle to Becoming Indian is The Struggle over Cherokee Identity in the Twenty-first Century, an equation which would not have passed muster with any of the publishers I use. Is “being Indian” or wanting to be the same as “being Cherokee” or wanting to be? Hasn’t the Cherokee Nation of Oklahoma appropriated the rights to speak for all Indians?

––Just a small point, but the majority of the interviews with “citizen Cherokees” (Sturm’s word for card-carrying Federally recognized members of the Big Three tribes) were conducted in the 90s, which is not technically the 21st cent. and the majority of the interviews from the “bad guys” (defined as state-recognized tribes and “racial shifters”) does come from the early aughts of the 21st century. . . at least an indication of how long this issue has sat in the files in Tahlequah and Washington.)

We thus have a rather disjointed battle in which the true Indians surprise a bunch of white people trapped on the Great Plains of Americana in a social media wagon train of superior numbers. Message for the leaders in Tahlequah and Washington, the white tide of settlers is not going away. Montgomery, Atlanta, Nashville and Columbia have spoken.

This is a ridiculous and irritating book, if you actually read it. Much is made of the author’s innovative scholarship and “novel vocabulary and fresh conceptualization.” We could not disagree more. Sturm’s vocabulary is firmly based on racial, essentialist notions that most people in our society shrank from and disavowed eighty years ago. Her conceptualization of the complex interplay between history, identity and politics is medieval. Her summaries and observations are deficient in intellectual rigor or scientific methods.

One of the “citizen Cherokees’” most scorching criticisms of the “wannabes” is that the latter want to steal the Cherokee Nation of Oklahoma’s culture, especially the éclat of spirituality that seems to adhere to “Cherokeeness.” That’s wannabes as defined as “racial shifters.”

We are not aware, to begin with, that the leaders of the Cherokees, as officially ordained today, are particularly knowledgeable about Cherokee history or geography, much less spiritually inclined. We’ve written several books that attempt to correct the standard received version of Cherokee history. Most citizen Cherokees we know are evangelical, Baptist or Methodist and do not run around flaunting their spirituality.

We have to think if someone “wants to be Indian,” for whatever reason, that is a good thing. They should not be thwarted from imitating the ideals of spirituality they have learned and internalized. If their opinions or aspirations offend the Cherokee Nation of Oklahoma as the keepers of the flame of “Cherokeeness,” we think that is a devastating statement about the Cherokee Nation of Oklahoma.

A recent showdown between the citizen Cherokees and wannabes occurred on Labor Day weekend in Tahlequah in August 2008, according to Sturm. A SWAT team was on the roofs of the courthouse. The Task Force performed a skit, introducing themselves using their “Indian Names” – Chief Flies High and Eats Pie, Princess Buffalo Wings” and the like (p. 166). These names were meant to poke fun at race shifters, “their greatest concern . . . several self-identified Cherokee tribes who had already been granted state recognition in places like Alabama, Georgia, and Missouri.” We all know about “places like” those, don’t we?

A melee broke out after the Task Force condemned all wannabes as barred from selling Indian crafts according to a 1990 federal law.

Murv Jacob, a Tahlequah artist, circulated a flyer asking why one of the Task Force’s prominent member, Cara Cowan Watts, a tribal councilwoman who sponsored the legislation restricting the sale of “Cherokee” art, would want to spend so much time and energy attacking him personally as a “fake Indian” and his business as illegitimate. Among other things, Jacob stated:

I’ve got a good bit of Kentucky Cherokee blood, also some German and Hillbilly. I never refer to myself as an Indian. I have never said I was a member of any tribe. But I will never, no matter how vicious their attacks, deny my ancestry. I’ve met very few folks who are actually “Indians.” A card doesn’t make you Indian. “Kowan’s Kulture Kommitteel” removed all my artwork and books from both the Cherokee nationa Heritage Center and the little Cherokee Nation Gift Shop because I do not have a tribal membership card. In her little world, I have become a persona non grata. (Tahlequah Daily Press, August 29, 2008—Sturm, p. 169).

Cowan, the keeper of Chad Smith’s most recent sacred fire of racial purity, is a scant 1/126th Cherokee on her CDIB card. Only in the wacky world of Cherokee Nation does she receive all those tribal benefits, plus a $50,000-per-year salary . . . and she attacks me from the impenetrable position of tribal sovereignty. There are thousands of Cherokee Nation tribal members with such laughable, minimal blood quanta, some as low as 1/2048. “White Indians” is what they are most often referred to throughout Cherokee history. You’d never guess they were Indians if they didn’t have that card… I believe they will be decertified as the blatant frauds they are. (Tahlequah Daily Press, August 29, 2008—Sturm, p. 170).

After that, Jacob was escorted out of the building. Another commentator on the scene said it required “an astounding delusional and racial world view for a 1/126th Cherokee to accuse anyone of ‘cultural appropriation.’” (Sturm, 170).

I am ashamed at the shenanigans in Indian country detailed in this account. Sturm’s anthopological study gives all Indians a bad name. It should be read and condemned by all people who still admire and emulate “Cherokeeness.” Citizen Cherokees should reject the vision of ignorance and racism presented in it. My ancestors Black Fox and Attakullakulla and Jacob the Conjuror are laughing their asses off in their secret graves back East.