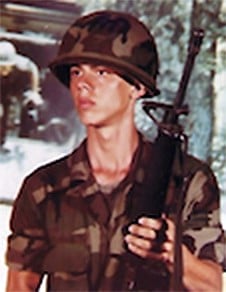 Phase III of DNA Consultants’ Cherokee DNA Studies has been closed to enrollment, the company announced May 25. The additional 57 participants’ mitochondrial DNA records mark the end of an eleven-year house study to find out why certain Cherokee descendants do not have “official” American Indian genetic types showing Native American ancestry. Consolidated findings will be published by the company’s Panther’s Lodge Publishers subsidiary in the fourth of the Series on Consumer Genetics by year’s end in a follow-up volume titled Cherokee DNA Studies, Volume 2: More Real People Who Proved the Geneticists Wrong.

Phases I-II were capped by the publication of a groundbreaking and iconoclastic book on Cherokee history by Donald N. Yates and Teresa A. Yates, published by Panther’s Lodge as Cherokee DNA Studies: Real People Who Proved the Geneticists Wrong (DNA Consultants Series on Consumer Genetics 1, November 2014). There were 52 participants in Phase I, 67 in Phase II and 57 in Phase III, making a total of 176 persons in the entire mitochondrial sample.

The case of siblings Robert E. Gound II and Dorene Soiret is unlike any other. Both were born in Southern California, but when he moved to Kentucky one of his sons became friends with an Adkins in grade school, not realizing they were Cherokee relatives upon their first meeting. They are close friends to this day.

Dorene Soiret always knew there was something different about her ancestry. She had been on a fruitless quest to prove her family’s Cherokee heritage for many years until she joined Phase III of DNA Consultants’ Cherokee DNA Studies Project. She will have to wait a little longer for all the answers. But in the meantime, she is enrolled as Participant 52 and matches one other woman in the unique study, their rare lineage labeled American Indian H1z1.

Historically, H1 is centered in Libya and Tunisia among the Tuareg people, concentrated around the site of ancient Carthage. In the first millennium BCE, this was the homeland of the sea-roving Phoenicians, who sent teeming colonies westward composed of natives from the Maghreb interior. The Cherokee Paint Clan, it has been suggested by Donald Yates and others, preserves their name, Paint or Punic People, given to them because of their monopoly in making purple dye and trading luxury goods.

The Phoenicians’ name in their own Semitic language translates as “Canaanite,” a reflection of their origins in the East Mediterranean. James Adair, who wrote the first book about American Indians in 1775, suggested this ethnonym (national identity) appears in the name of the Kanawha River and as the name of a now-extinct Indian tribe in Kentucky and West Virginia. Phoenicians are probably also the source of haplogroup X in the New World, and they are implicated in the mystery of the Melungeon people, with court cases mentioning them by name.

Although ignored by most tribal bibliographies and Native American journals, CHEROKEE DNA STUDIES: REAL PEOPLE WHO PROVED THE GENETICISTS WRONG was favorably reviewed by Stephen C. Jett, a noted geographer, who endorsed it with the screed, “Revolutionary DNA findings.” He went on to say in his academic book, ANCIENT OCEAN CROSSINGS (University of Alabama Press 2017): “Donald N. Yates and collaborators… characterized the mtDNA of fifty-two individuals of partial Cherokee ancestry who did not display any of usual Native American mtDNA haplogroups A through D… identifying (in order of the frequency) haplogroups T, U, X, J, H, L and K. T, X, and J are essentially Levantine (eastern Mediterranean) in origin….”

Hg T seems to have emerged in Mesopotamia and later spread into Europe. This Hg occurred in nearly 27 percent of Yates’ sample. None of the Cherokee Ts exactly matched any other known T haplotype, and the Cherokee percentage of T was three times as high as that of the general US population. Cherokee/Melungeon-associated J haplotypes are not precisely duplicated elsewhere, either, suggesting the passage of much time to allow differentiation…. Hg U is largely European….and is generally absent among Native Americans. However, it reached a level of approximately 25 percent among those Cherokee descendants, whose Hts (haplotypes) turned out to be very diverse and to include some mutations unique to American Indians, again implying considerable elapsed time since introduction… the Cherokee descendants shared some haplotypes with Jews. Too, the Jewish ‘Cohen gene’ has been traced back within the Cherokee to no later than about AD 1640.”

Jett concluded that the distribution of haplogroups was evidently ancient and not the result of recent European or Middle Eastern admixture in America:

Yates’ genetically remarkably diverse Cherokee sample, the unique haplotypes represented therein, and the frequencies of the haplogroups found—quite different from those of the larger US populations—are striking: ‘Similar proportions of these haplogroups are noted in the populations of Egypt, Israel and other parts of the East Mediterranean … No such mix could result from post-1492 European gene flow into the Cherokee Nation.’” (pp. 353f.)

Preliminary results from Phase III (closed in May 2018) confirm the “non-American Indian,” or anomalous Native American component of Cherokee descendants. The updated haplogroup findings across Phases I-III are as follow:

As can be seen, U emerges as the most common anomalous type of Cherokee, modally U5 (n=23, one of the oldest forms of U and MOST COMMON IN MIDDLE EASTERNERS AND EUROPEANS), followed by T and H. The expected haplogroups A-D account for only 7.4 percent of Cherokee lineages according to the DNA Consultants study, suggesting a very divergent type from other American Indians. Mesopotamian and Old European types (including Greek, Egyptian, Israeli, Levantine and others) represent 81.8 percent of lineages. (Here, X is grouped with Levantine, as no firm separation can be established between Old and New World types.)

Genetic analyses of Cherokee mtDNA or female lineages thus continue to point to Egypt, Israel/Phoenicia and Greece, as first proposed on historical grounds by Yates in OLD WORLD ROOTS OF THE CHEROKEE: HOW DNA, ANCIENT ALPHABETS AND RELIGION EXPLAIN THE ORIGINS OF AMERICA’S LARGEST INDIAN NATION (2012).

The Adkinses appear to be part of a little-studied phenomenon of Welsh or British Jews. Their surname means “kin of Arthur (or Adam).” In 2012, Donald Yates wrote about the pioneer family in his book OLD WORLD ROOTS OF THE CHEROKEE (pp. 144-45):

Adkins . . . is a family heavily intermarried with the pioneer Coopers, Blevinses and Burkes from Wayne County, Kentucky.  They came from Pittsylvania County, Virginia, an important staging area for the movement of Melungeon families along the northern and eastern boundaries of the Overhill Cherokee. The family is traced to a James Atkinson, a Quaker who came to Philadelphia in the 1600s, probably from a seaport in Wales. His great-grandson William Adkins left a will dated Jan. 22, 1784 and probated March 15, 1784, detailing an accumulation of wealth, and was buried near Cooper’s Old Store, Pittsylvania County. William’s son Owen was born about 1750 in Lunenberg County, Virginia (parent county of Pittsylvania) and died in Watauga, Hawkins County, Tennessee about 1790. He married Agnes Good/Goad, from the same family that provided a spouse to Valentine Sevier (1701/02-1803). Good is the English equivalent of Shem Tov, Buen, Boone, Le Bon and other names for those bearing the “good name” of King David. Valentine and Agnes were the parents of John Sevier, the first governor of Tennessee. One of his sons, Valentine, married Sarah Cooper. The Seviers can be traced to Don Juan de Xavier of a Sephardic family who took refuge in Navarre during the Spanish Inquisition.

In 1836, Benjamin Adkins built a log mill on the Little South Fork of the Cumberland near Parmleysville, Kentucky, made of huge squared logs. This mill, with rifle slits on two levels, is still standing. He left a will in 1839 showing $10,000 in debts owed him and an estate of great value. Numerous family members moved first to Sequatchee (Marion County, Tennessee) and subsequently to Sand Mountain and to a hidden cove at the foot of Fox Mountain (named after Black Fox) called Anawaika, or Deerhead, on the Georgia state line. Some proceeded west to Arkansas. William E. Adkins (about 1828-1862) married Susan E. (Sukie) Cooper (about 1831-1901), the daughter of Isaac and Mahala Jane (Blevins) Cooper, April 20, 1847, in Henry County, Tennessee, and descendants filed unsuccessful applications to be enrolled as Cherokee in Indian Territory. Memories of their Cherokee ancestors ran thin, but Steve Adkins of Arkansas  recalled in 2001, “When I was little my Great Grandma Adkins (Virgie Stanley) use to tell me stories about my Great Grandfather’s (Arthur ‘Aud’ Adkins) Grandmother. She said her name was Sukie and she was a Cherokee Indian. I later found out that ‘Sukie’ was a nickname for Susan. She also mentioned the name Mahala Blevins.”

The Adkins family in America exhibits a familiar pattern of trading and land development on the Southern frontier, intermarriage with the Cherokee Indians and Crypto-Jewish or Melungeon connections. In these respects, their history echoes that of the Coopers, Blevinses, Walkers, Gists, Troxells, Adairs and others in genealogical literature. The genetics of their Indian marriage partners forms the main interest of Cherokee DNA Studies.

Although the siblings story is unusual compared to most Americans it is completely typical when placed beside the Cherokee descendants profiled in DNA Consultants’ Cherokee DNA Studies.

Be open-minded and continue your journey! Dohiyi!