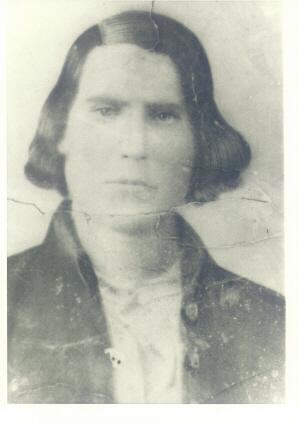 Probably William Huston Cooper or his father Capt. John Cooper, an educated Choctaw chief who fought with Andrew Jackson in the War of 1812. Both were posthumously enrolled after their deaths, re-confirmed in 1896, and then thrown off the rolls by the U.S. government. The same fate overtook hundreds of “Thompson Choctaws” on the government’s secret enemy list.

Nancy J. Cooper et al. v. The Choctaw Nation (1896) is one of the classic cases in American Indian law. Like the more numerous “Thompson Choctaws,” the Cooper Choctaws were victims of the Dawes Commission, the Federal government’s attempt to deal a death blow to tribal sovereignty at the close of the nineteenth century. Imagine my surprise recently when I opened an email from my cousin Pamela Hynson in Okemah, Okla. to find that the tribal enrollment board of the Choctaw Nation had redetermined the issue and granted citizenship again to the plaintiffs after 115 years.  “They’re welcoming everybody home,” said Pam, who attributed the landmark reversal to a 50-year-old class action suit, emerging genealogy technology on the Internet and the dogged persistence of her brother, Johnny Hynson, age 65.

Now I’ll have to decide what I should do, as I have never claimed Federal recognition, despite being descended from chiefs and other famous Native American historical figures. Like many in our extended Cooper family I am descended from Malea Labon Cooper, the half-Portuguese, half-Choctaw daughter of a Choctaw chief who married William Cooper, Daniel Boone’s scout.

“Johnny started talking to one of the ladies at tribal headquarters in Durant last September,” she told us. “He went back time and time again with documentation and the names of relatives who could bear testimony, some of whom he hadn’t spoken with in 50 years.” At last, in a decision pointedly side-stepping the role of the Federal government, the Nation re-admitted the whole family. Descendants of William Buford Brown and others named in the case Nancy Cooper v. The Choctaw Nation were granted their Choctaw tribal membership cards and benefits again, after a miscarriage of justice that had lasted 115 years.

A blog post on DNA Consultants from June 22, 2011 tells how the Cooper family was too poor and two days too late to be considered “real Indians.” J. W. Howell mentions the case in a textbook studied today in law schools. John Cooper, our ancestor, was a Choctaw chief who owned a plantation near Linden, Tennessee.

The family was seated at the dinner table one evening when a vigilante mob broke in. They were told at gunpoint to leave, their possessions forfeit. The men swam their horses across the Mississippi River at Memphis and left the women encamped under the willows on the other side while they went back to try to recover some of their cattle. John and Nancy’s old mother, who was in her eighties, died before they returned, empty-handed.

The party proceeded to Indian Territory. In 1896, the family encouraged Nancy, blind, unmarried and no longer able to care for herself, to enroll with the Choctaw Nation. They and a large group of kinsmen won roll numbers. Yet in a vicious blow, they were all stricken from the rolls by an adverse decision of the Choctaw-Chickasaw citizenship court a couple of years later. More than a hundred of them joined in a class action suit.

That appeal continued through children, grandchildren and great-grandchildren for over a hundred years. “Part of the victory,” explained Pam, “is thanks to technology:  they just got to sort through all the records.”

For more information, and to register your potential claim, contact Pamela Hynson through Panther’s Lodge by leaving a comment giving your email address. She is coordinating efforts to apply for membership on behalf of additional relatives through group applications. We will pass your email on to her.

Choctaw Indians Disenfranchised by Dawes Commission Case #1418, All Relatives of the Author of This Blog Post