Teresa Panther-Yates is president and editorial director of Panther’s Lodge Publishers. She has many years’ experience teaching writing at the college level and practicing the crafts of fiction, science writing and blogging. She was born in Pensacola, Fla. and lives in Longmont, Colorado.

Her latest book isDNA and You:  Blog Posts from the Golden Age of the Human Genome Project (Panther’s Lodge Publishers, 2015).

Donald’s first book was The Bear Went over the Mountain (Cherokee Press, 1994), a genealogy and social history of the Native American-English Yates family of Virginia.

Around 2000 he found out his parents and ancestors belonged to the Melungeons, an Appalachian ethnic group about which he has subsequently published books, articles and blog posts.

His latest book is Old World Roots of the Cherokee: How DNA, Ancient Alphabets and Religion Explain the Origins of America’s Largest Indian Nation (2012).

He also started Cherokee Chapbooks, a series aimed at making essential texts and traditional American Indian storytelling accessible to those rediscovering their Native roots. He lives in Colorado. 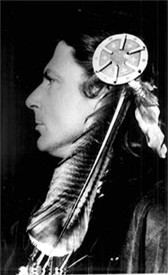 Panther’s Lodge is a publisher and seller of traditional and e-books in American Indian, ethnic, regional and historical fiction and non-fiction. Our imprint labels include Cherokee Chapbooks, The Cherokee Press and Tlvdatsi Books. We welcome new authors, especially those who may find it hard to be published because of their ethnic interests or background.

Panther’s Lodge next became the faculty web page of Donald Panther-Yates and followed him from Georgia to Santa Fe. When he was appointed editor of the Cherokee Voice, it was also the home of this early American Indian e-zine, one of the first on Ethnic News Watch. The guestbook brimmed with grateful messages from genealogists and other seekers who were able to reconnect with their Native American heritage through its clearinghouse of information.

During these years, Yates developed his DNA testing service and worked on several lengthy publications, notably Old World Roots of the Cherokee. Teresa continued to teach English and literature, ending with several years at Maricopa County Community Colleges in Phoenix. She will retire from college teaching in 2013.

In 2013, the two decided it was time for Panther’s Lodge to step up to a new role as a publisher’s site. The website has been completely overhauled in design and purpose as it celebrates its fifteenth year of existence.

Panther’s Lodge was conjured into being by the needs of visitors like you and owes its success to your interest over the years. It is an honor you are here. We hope you will come back often and pass on what you may have learned. Sometimes it is sufficient simply to be around other Indians and people of like-mindedness and spirit.